Can Spinal Fusion For Back Pain Help You Play Golf Like Tiger Woods?

For his recent victory at the 2019 Masters Tournament, which many sports commentators are calling one of the greatest career comebacks of all time, Tiger Woods owes a lot of credit. First, of course, to his own tenacity, discipline, and skill. But the 43-year-old golf legend also owes a debt of thanks to the spinal fusion surgery he underwent two years ago.

Woods, who hadn’t won a major tournament in 11 years, notoriously suffered from debilitating back pain throughout the past decade, pain apparently caused by a slipped or ruptured disc in his lower spine. Three earlier surgeries failed to correct the problem, or at least to ease his pain enough for him to resume training for major tournament play. Finally, in April 2017, he underwent anterior lumbar interbody fusion, commonly known as ALIF or spinal fusion.

For half a century, ALIF has been a widely accepted treatment to replace the disc that joins the lowest of the five lumbar vertebrae to the highest of the sacral vertebrae – what doctors call the L5/S1 region. It’s an area in the lower back where sports injuries are common, especially from the torque a vigorous golf swing inflicts on the spine.

Doctors typically cite spinal fusion to treat L5/S1 pain only after other treatment options have been exhausted, but at least it’s a surgery that offers little disruption of tissue, a fairly short recovery time, and a strong likelihood of returning to a normal, active lifestyle. It clearly helped Woods get his swing back. But is it right for you?

Other back pain treatment options

Spinal surgeons often consider ALIF a last resort. There are other, non-surgical and conservative measures for those suffering back pain due to a damaged L5/S1 disc. Spinal fusion is often reserved for patients with a deformity or lack of stability due to disk degeneration, trauma or infection, and according to Dr. Michael Shen, a Denver surgeon who specializes in neck, mid-and lower back treatment, it may be used for patients with a diagnosis similar to Wood’s, but only after other options are explored.

“I work with each patient to exhaust non-surgical solutions to their spine pain before we explore any kind of surgical solution.” says Dr. Shen. “These options include physical activity and exercise therapy, pain management through medication, and microdiscectomy.”

Woods had two of those (microdiscectomies), which removed disc fragments that were pinching his nerves. Eventually, however, he and his doctors felt it necessary to remove and replace the entire L5/S1 disc, via ALIF.

What happens during spinal fusion surgery?

ALIF is a more aggressive treatment, but it may be the right choice if you’ve already had other spinal surgeries, or if you surgeon wants easier access to the L5/S1 area. While spinal fusion does weld two of the patient’s vertebrae together, it does so on the theory that removing the damaged disc will remove the source of the pain, and that diminished pain allows for increased mobility.

One advantage to ALIF is that it’s a minimally invasive procedure. For one thing, as the “anterior” in the name suggests, the surgeon approaches the spine from the front of the body. He or she goes through the abdomen, through an incision only three inches long, and is able to reach the spine by pushing aside muscles, organs, and blood vessels, rather than having to cut through them. A vascular surgeon may assist your orthopedic surgeon in gaining safe access to the spine.

The orthopedic surgeon first removes the herniated disc, then fuses the lumbar and sacral vertebrae together with an artificial disc made of titanium or high-grade medical plastic. This piece is called a spacer or an interbody cage. Sometimes the doctor will bolt this cage into place, but what really makes the two bones grow into one is a core of bone graft matter inside the cage, which fools the vertebrae into fusing together over the next several weeks, like a broken bone healing. The surgery itself takes only two to three hours.

Because the ALIF procedure is not very invasive, recovery is fairly quick. In fact, the patient is encouraged to stand up and walk the same day and is usually discharged from the hospital by the end of the third day. Full recovery can take several weeks and may include basic walking exercises, but no bending, heavy lifting, or back-twisting.

Can ALIF help you play golf like Tiger Woods?

Um, no. In fact, it’s remarkable that it even helped Tiger Woods play like Tiger Woods. Doctors have marveled that ALIF didn’t just ease Woods’s back pain but also allowed him to play major tournament golf for four straight days. As Northwestern University orthopedics professor Wellington Hsu recently told the Washington Post, even pro football, basketball, and hockey players are more likely to return to professional, competitive play after ALIF than golfers are.

Even for an athlete as extraordinary as Woods, with incredible stamina and drive, the prospect of playing major tournament golf again after spinal fusion was slim to none. Nevertheless, Woods returned to training within 10 months of his ALIF surgery, and nearly two years to the day after the operation, he won the Masters.

If you’re not a pro golfer, though, spinal fusion is much more likely to help you return to a normal, active lifestyle. Indeed, the surgery is so routine, and its success rate so high, that it’s considered the control against which researchers measure more experimental treatments.

Is ALIF the right option for treating your lower back pain? Schedule an appointment with one of our orthopedic spinal specialists to discuss the best solutions for you. 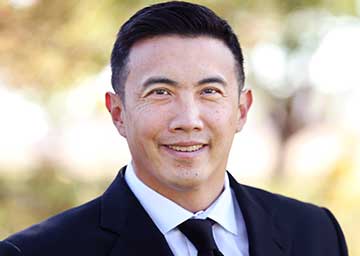 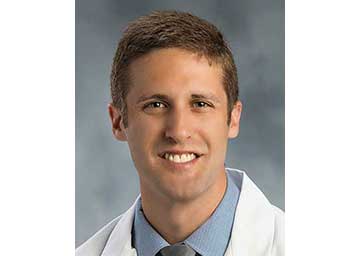 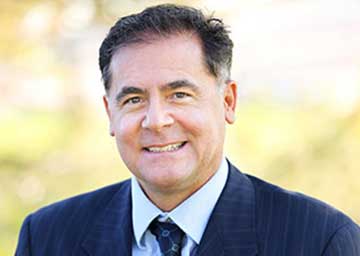 Learn More »
Facebook
Twitter
LinkedIn
Email
PrevPreviousHow do you treat an elbow injury?
Next5 Signs You May Be Ready for Total Knee Replacement SurgeryNext